Some analysts believe that by 2026, the global sex toy market will grow to 52.7 billion, but according to other estimates, the turnover will exceed 125 billion. The largest sex toy market share so far is in North America, followed by Germany, Italy, France, the UK, Denmark, and Belgium. It’s expected that as we stray away from sex taboos, self-satisfaction becoming the new norm will increase the demand for sex toys in the Asia-Pacific region as well.

The key sex toy market players are LELO, We-Vibe, Fun Factory, Lovehoney, and Tenga. According to experts, the growth of sex toys sales is influenced by social media and pop culture: more and more people are learning about the importance of sexual health and a healthy sex life and are immersed in the world of self-exploration.

The ransom for unlocking your erection suppressor is $750 in bitcoin

What’s yours is mine: hackers break into men's chastity belts

During the pandemic, the demand for remote-access sex toys — vibrators and stimulators that can be controlled through phone apps — has also increased. This new sex trend has only one small problem: any device that is connected to the Internet can get, you know, hacked.

In mid-January 2021, Vice published an article about hacking the Cellmatemale chastity belt — this device is put on one’s genitalia and used to suppress an erection. The first reports of the potential vulnerability of these belts were reported back in 2020, but hacking cases were reported only in 2021. Hackers blocked the belts, sent the victims a short and sweet message: "Your dick is mine now" — and demanded a ransom, about $750 in bitcoin. Some men were lucky — their belts were off when not in use.

At the end of the month, Vice published an interview with a guy whose dick hackers still managed to catch. A certain Sam Summers said that he transferred $1,000 to the attackers for unlocking, but they started to demand more. Sam then went to the supermarket, bought a bolt cutter, and released himself. However, later in March, it turned out Sam Summers wasn’t real — it was a prank by Australian YouTuber Lewis Spears. The manufacturers of Cellmate said that all the vulnerabilities of the device are now dealt with, so hackers can no longer interfere.

During the pandemic, we started having less sex. Or not?

It was expected that during self-isolation, partners would have sex more often, but the longer the pandemic dragged on, the worse it affected intimate relationships. The pandemic has changed our sex lives. According to a study that involved people from 57 countries, stress reduces sexual desire — blame it on financial problems, concern about the situation in the world, and fear of getting sick. The survey participants weren’t thinking about sex that much.

At the same time, in the course of another, smaller-scale study, it turned out that experiments in sex help with stress. Partners who started using sex toys and following new sex trends more often, trying new poses, and sharing their fantasies with each other noted that their relationship and sex life drastically improved. The data are encouraging, though only 2,000 Americans participated in the study.

Another impact of the pandemic on relationships is sexual health concerns and contraception. People who were vaccinated against COVID-19 are more likely to use condoms than those who were not vaccinated. Finally, some dating apps and dating sites added a special mark regarding vaccination. And on the apps where that isn’t possible, people tend to state their vaccination status in bio. `vaccination is a new sex trend!

Do your research and find out if sex helps with stress.

There isn’t much research on the topic yet, but the sex technology looks promising. The future of VR as a sexual therapy tool depends on advances in artificial intelligence and the development of erobots.

Sex scenes are getting more realistic, more awkward, and funnier

It’s not that bad, actually: sex didn’t disappear from the screens, it simply changed its course: there are intimacy coordinators who act as intermediaries between screenwriters, directors, and actors, whose job is making sure everyone on set feels comfortable during sex scenes. Thanks to intimate coordinators and directors working together, sex scenes in cinema are becoming more realistic, more awkward, and funnier — just think "Fleabag", "Euphoria", "Girls" and "Sex Education", for instance.

It is believed that the Kivin method is a guaranteed way to bring a girl to orgasm in 3 to 10 minutes. To do this new sex position, you need to be located not parallel to each other, but sideways. With the fingers of the right hand, you can stimulate the area between the vagina and the anus, and it’s easier to feel the contractions in this position. The main thing is to maintain a constant pace and pressure, but this applies to any type of oral sex.

In the comments under the post, the girls confirmed that the Kivin method really works. Although there is no research on the topic, you can always try this new sex trend and see for yourself.

According to the study, the results of which are published in the American Journal of Preventive Medicine, because of electronic cigarettes, men have problems with potency. The authors analyzed data from 13,711 men and found that even if vapers had no history of heart disease and other health problems associated with impotence, the risk of erectile dysfunction due to e-cigarettes doubled.

Although the harm of cigarettes on sexuality has long been proven, this study remains controversial. Firstly, the authors relied on survey data and did not conduct an inspection in person, so it remains to rely on the honesty of the participants. Secondly, the researchers did not consider other possible causes of erectile dysfunction, such as depression or taking medications that may affect potency. Anyway, giving up cigarettes is a good decision for your health overall.

The more often a woman has sex, the more developed the corresponding areas of the brain are

To understand what parts of the brain are activated in response to clitoral stimulation, scientists from Germany scanned the brains of 20 women while a special sensory-tactile membrane vibrated in their genital area.

As it turned out, clitoral stimulation causes activation of the dorsolateral zones in the left and right hemispheres of the brain. Then the scientists decided to test how sexual activity affects the brain and found out that the more often a woman has sex, the more developed the corresponding areas of the brain are. However, this latest update on female sexuality does not show a direct cause. Simply put, it’s unclear whether women have sex more often because they initially have more developed certain parts of the brain, or vice versa — due to frequent sexual contacts, brain areas increase. Most likely, the second option would be correct, because other studies have proven that the more individual parts of the brain are used, the larger they become — this is called neuroplasticity.

Orgasm helps with a runny nose

German and British scientists have made a discovery: orgasm helps with nasal congestion no worse than any over-the-counter remedy. The study involved 18 heterosexual couples who had to have sex, orgasm, and then evaluate if it had any effect on nasal congestion. The next day, the participants used a nasal spray. As it turned out, an orgasm works no worse than a spray, only the effect lasts only for a couple of hours. 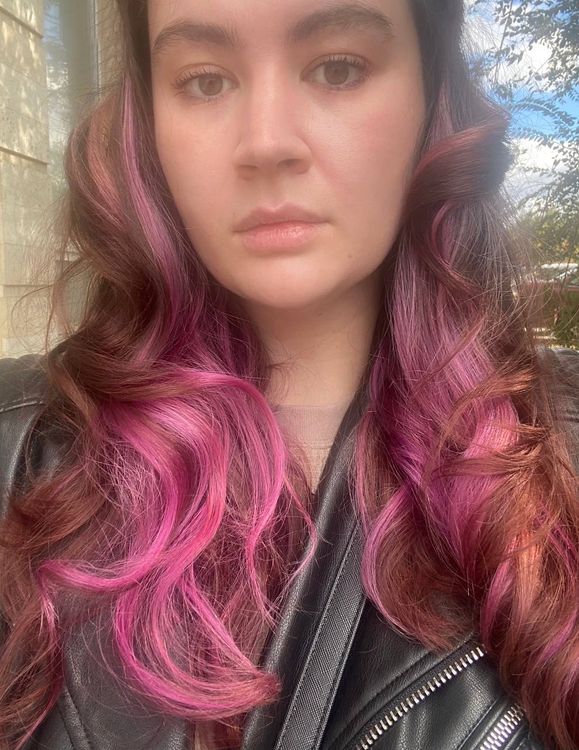