Which Celebrities Have the Most Beautiful Feet?

Foot fetish is one of the most common fetishes wherever you go, and yet it’s still mostly a taboo for discussion despite its innocence. Why? We’re not sure. No one shames people for liking women’s breasts, right? If you have a soft spot for beautiful feet — congratulations, you’re playing on the same team with Quentin Tarantino and Tommy Lee. There are a lot of celebrities who have a foot fetish. Still ashamed?

What is a foot fetish?

Foot fetish shouldn’t be confused for a foot job. The first one is being attracted to feet, most likely female (as male foot fetish is a less common occurrence). A foot job is a practice where one’s private parts are stimulated by feet. So, a foot fetish is not necessarily about pleasing your partner with feet or vice versa — it can be strictly voyeuristic. Massage, observation, tongue action, and even trampling on private parts (don’t try this at home) are also very common — the options are endless. Why do people have foot fetishes?

Let’s go back to the 18th and 19th centuries for a moment: dresses that show a woman’s cleavage were appropriate and widely acceptable, and a deep decollete was almost a given. Yet that same dress had to be floor-length, meaning not an inch of your legs or feet could be shown to the world. Everything changed in the 20th-century: open shoes and the pedicure industry came to the forefront and changed the way women dressed, giving us millions upon millions of gorgeous feet to look at with admiration.

Even among this variety, there are feet more special than others — yes, we’re talking celebrity feet. Under the radar at all times! Yes, a photo-sharing website dedicated to celebrities’ feet photos exists and it’s called Wikifeet. Here’s a guide on the best (and the oddest) celebrity feet with a foot connoisseur’s commentary on each.

Pure dating at the speed of desire

Megan Fox’s feet got the honor of the “most attractive feet” title back in 2018. She used to top the rankings of celebrities' feet. I was looking at her feet from every angle, trying to understand what’s so special about them in particular. From an amateur perspective, Megan’s feet simply look nice — well-groomed and maintained, with a nice pedicure and good toe size ratio.

So, I asked my friend Roman Fusion who has a foot fetish — what’s the secret here?

Apparently, Megan has the perfect arch of the foot, making her feet even more appealing and desirable

Which celebrities have the biggest feet? Uma Thurman and Paris Hilton. Uma’s feet got their star cameo in Tarantino’s famous work, while Paris stood out as a representative of women with big feet — even back when body positivity wasn’t a thing and the media desperately wanted all of us to fit into the Victoria’s Secret standard. Both of these ladies’ shoe sizes are 10.5. The “she has man’s feet” agenda is as outdated as it gets, and will soon die out completely. At least I would hope so!

Big feet are awesome because they’re proportionate to the body — that means the girl has a large frame and is probably tall. It also probably means she has beautiful, well-proportioned, and muscular legs

Sarah’s feet often take the first spot on the celebrities with the ugliest feet in Hollywood ratings. I would assume that is due to the fact her feet appear veiny, which apparently is an age giveaway. They also contrast with Jessica’s overall “softer” look. She’s not ashamed of her feet, though, and embraces them by regularly wearing open shoes and stilettos.

I’m not a big fan of mature feet. But as long as they’re groomed and taken care of, why not? Different strokes for different folks, after all

Both of these ladies don’t seem to leave the main Wikifeet page. As mentioned earlier, Wikifeet is the one and only website collecting and rating celebrities' feet from least to most attractive. Wikifeet is an encyclopedia with an incredibly vast community of feet admirers from all over the world. Both girls have tattoos — Kara got ‘Made in England’ right on her foot, Rihanna has a couple on her ankle. Firstly, feet tattoos are convenient — their legs are easily distinguished from others. Secondly, they’re attractive. Simple as that.

A tattoo can go from one’s toes up until the knee — it doesn’t matter because it’s entirely up to the person. Their body — their choice. Plus, it always looks interesting

Julianne's feet would’ve most likely remained in the shadows, if not for that one famous red carpet appearance where she wore sandals — and her pinky toes were protruding in the strangest way. The photo went viral all over the media and socials, raising two questions: was this a deliberate way to get the media’s attention, or did her stylist just not care about her actual shoe size?

I can safely assume there are definitely people who are into protruding toes, but even our expert couldn’t find much to say here except for the obvious fact:

Most likely she was very uncomfortable. She probably got blisters from that, too. Actually, if it's done on purpose, alright. If anything, it looked funny rather than appealing 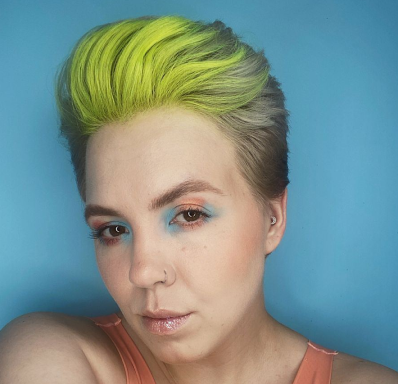