Doms come in all shapes and sizes and all gender expressions and orientations. But ask any sub who’s been on the apps trying to date men and they will agree that, as a group, people who identify as men can sometimes show up to the responsible kink party lacking many essential safety strategies and the general wherewithal to engage in responsible, risk-aware kink play. So for the sake of this article — men, you’re getting singled out. As a sub myself, I’m here to guide you through the softer side of making all your hardcore fantasies come true.

I. UNDERSTAND THE DATING POOL

I am a sub to a male Dom, and one thing He has said to me is that Doms are a lot like movie directors. When you’re on set shooting a movie, there’s only one director. So directors don’t often get to see how other directors work. Same with Doms. In a lot of cases, you won’t know what subs are experiencing out there with other Doms, but it’s important to be informed about their experience so you can be mindful about how you approach them.

Subs are a diverse group who are looking for a variety of experiences under the consensual power exchange umbrella. But for the most part, they want to experience a safe feeling of release and embodied pleasure through kink play. Some are just there for physical sensation play, while others might be after more psychological power play, while many others want a blend of all of the above. This is why negotiation is so crucial, because you can’t make any assumptions about what the word sub will mean to a given person, just as no one can assume what Dominance means to you.

Pure is an app where classic rules for dating don’t apply. On Pure, you create your own rules.

II. NEW DOES NOT EQUAL FAKE

But just because the Fake Doms are out there in droves, that doesn’t mean that you are one! Just because you are new, that doesn’t mean you’re fake. Fake Doms are defined by lying about their own experience, pushing subs’ limits, and generally disregarding safe practices. My followers share screenshots with me all the time of Fake Doms saying unsafe and unkind things over DM. This stuff ranges from “Safe words? We don’t need all that” to “with me, you’ll have no limits,” to “if you were a real sub, you would let me do anal on the first date.” It’s kind of appalling out there, so subs are often very fatigued by all the fuckery.

Everyone has privilege of some kind. But when you are a male Dom playing with female subs, it’s important to interrogate where these desires come from for you and how they’re going to play out with a partner. Do you have respect and appreciation for your potential subs? Do you understand what makes them tick? Or are you acting out an unhealthy control fantasy on people who don’t have the gender privilege you carry in the world.

If you’ve made it this far in this article, I’m confident you’re one of the good ones, but it’s my duty to draw your attention to the tension in these kinds of Dom/sub dynamics. We can never fully leave the power dynamics of the real world behind, but being conscious of them and inviting them into your negotiations with subs will pave the way for safer play.

IV. ALWAYS BE A BEGINNER

The best Doms are always students of the world. And especially, paying patrons of woman- and queer-friendly, sex-positive education spaces. Seek out places to learn skills that cater to people who are different from you, so while you’re learning how to properly spank a bottom or how to tie a knot, you’re also absorbing the soft skills of understanding the lived experiences of others. These spaces also tend to be very consent-forward, so that tone is bound to give you ideas for your Dominance practice. And if you want to come into those spaces especially prepared, look into reading some books about BDSM first. This list is a great place to start:

V. DO THE INNER WORK

Once you have the skills and the safe practices under your belt, it’s important to consider what you bring to the table energetically. Do you understand how to hear a safe word and not feel judged by your sub’s limit? Have you considered where these desires come from for you, and how the power exchange between you and your sub might make you feel?

We are living at a very particular moment for mens’ sexuality. In the wake of #MeToo and all of the more nuanced conversations about consent that followed, having a drive towards Dominance may feel somewhat counterintuitive. But in reality, Dominance can give men a way of engaging with their sexualities consciously and non-toxically. Providing a partner with access to consensual release and vulnerability is a beautiful way for Doms to practice taking an active approach to what they want sexually, while knowing that they are doing it ethically and with care. It has always been my opinion that safe Dominance is the antidote to toxic masculinity, and the more men we can educate on it, the better. So just know, as long as you are committed to mitigating risk and treating your partners with respect, this is a very important road you’re on. And a ton of subs are cheering you on!

So when you’re on Pure App swiping on potential subs, here are some questions you can ask that will give you an opportunity to show potential subs that you care about them and value safe kink play:

here are a few more things you might want to consider if you want to seduce a sub. 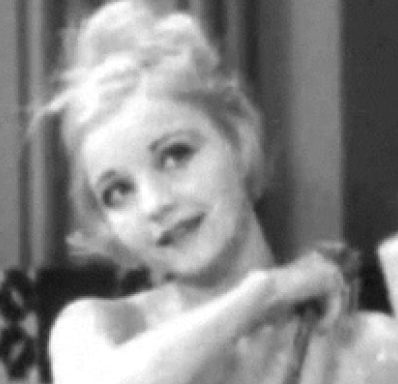