How to take an awesome dick pic 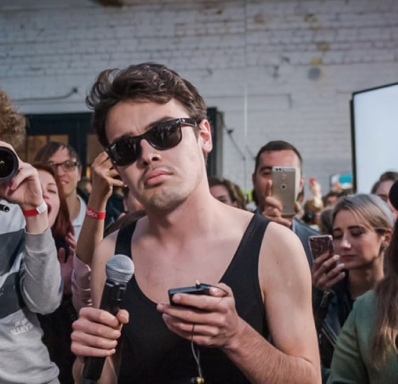 Dick pics should always be consensual. Unconsensual photos are never welcome. There is nothing worse than a dick pic sent without asking the recepient. Let’s do the maths. You have:

1% chance of getting a reaction like, “Oh wow, I don’t know who you are but your dick has such a charming personality! Let’s have sex immediatelly”.

99% probability of getting blacklisted forever. Even if you’re packing or your picture is REALLY hilarious, nudes are still a sexual act (duh) so they require the same level of awareness.

I believe I’ve never sent a single one of them. However there are some screenshots that prove me wrong.

Pure dating — anything but boring!

I don’t want to sound like your mom but hygiene is essential when it comes to dirty stuff. Hygiene should be your priority whether you’re a man, a woman, or a non-binary - no discrimination.Bits of hair and dirt can ruin even the greatest pictures so go take a shower ASAP.

Shower’s also a great time to do some trimming, if needed. Do you really-really-really need that 70’s vibe?

Strangest dick pic? Oh, there was mold on his foreskin. Thanks to it, I can’t eat blue cheese anymore!

Work on your background before taking nudes, too. Leave behind the scenes all the weird wallpapers, spare socks lying around and nachos crumbs from your sofa. Let the partner focus on your advantages, not the junk food habits.

Lighting is like sex - you need it, it’s mediocre most of the time, and gets better with experimentation and experience.

I always try to do my nudes under natural sunlight! Artificial lighting makes skin look grey-ish.

Jane Daniels, webcam and OF model

Taking a nude photo next to the window in the morning is probably the easiest way to capture crisp and vibrant images (mind the neighbours). But of course, that’s not the only way.

What we recommend before you take or send a naked shot is to experiment with multiple light sources. Switch on the flesh… Excuse me, flashlight. Place it nearby.

Open a text-editor full screen on your laptop. Now you have a second light source. By the way, changing page color affects the final image color scheme drastically.

Make your dick look like it got the leading role in “Euphoria”. Get creative!

“Girls have so many options for nudes, but dick is my only asset” - that’s the common way of thinking about your pictures, but an incorrect one.

I like the look of abs and lower stomach so the photo ends right before the dick starts.

Add some mystery to your nudes. Hide the main character with your hands, show yourself from behind, grasp it, use shadows and clothing. Sexting is foreplay, so play it smooth!

Most girls are really into men’s strong and big hands... I like to see the belly, so I know we can have a beer without lectures about spirituality and fitness.

Unfortunately I need to cut my inspirational speech short, because there is an important thing to consider.

You can divide all the dick pics in two categories: flirty dick pics and technical dick pics. First type is great to display your excitement during a sexting session or with foreplay. Yup!

But if your chat partner asked for a nude and just needs to understand the size of your excitement, keep it clean and simple. It’s stupid to rely on optical illusions like bottom angle or extremelly trimmed hair - because hopefully, one day, you will be able to demonstrate it in person.

I wish guys could put a box of matches or an iPhone nearby. I need the scale to go further.

You are not the first man alive to take dick pics. Internet is your greatest source of inspiration. And just for the delicate snowflakes out there, it’s not gay to look.